Our Founder — The Dream of a Visionary

In 1960, Juliet Hollister (1916-2000) created the Temple of Understanding (ToU) after a realization that the world was in grave danger unless the gifts, wisdom, and insights of religious traditions could be recognized and cultivated to promote positive social change. She is the first woman to have founded an interfaith organization. Eleanor Roosevelt was among the first to endorse the concept.

“May this greatly needed Temple of Understanding come into realization soon, for our world surely needs the inspiration and leadership of such a ‘Spiritual United Nations’.”

That year, Juliet met with luminaries such as Egyptian President Nasser, Indian Prime Minister Jawaharlal Nehru, Pope John XXIII, and Albert Schweitzer, who responded to her request for a meeting with, “Come at once and I will send a canoe.”

After their meeting, Dr. Schweitzer signed Juliet’s travel log “My hopes and prayers are with you in the realization of the great Temple of Understanding, which has a profound significance … The Spirit burns in many flames.”

A few years later, in the December 1962 issue of Life Magazine, the cover article described “’Juliet Hollister’s Wonderful Obsession’ as a mission ‘to draw people together to build a movement embracing all faiths.’”

This article and the subsequent CBS News documentary gave the TOU international recognition and support, affording Juliet access to other luminaries such as Egyptian President Anwar-el Sadat, Carl Sagan, and Dr. Hans Kung.

With the support of these and other Founding Friends, the TOU was positioned to host Spiritual Summits in Calcutta (1968) and Geneva (1970). These events allowed religious and spiritual leaders from around the world to open dialogues about injustice, religious persecution, and intolerance.

Spiritual Summit V (1975) was the first interfaith conference to be held at the United Nations, and it laid the groundwork for the TOU’s continuing involvement.

The complete story of Juliet’s relationship with the TOU is told in her memoir, Living My Dream. 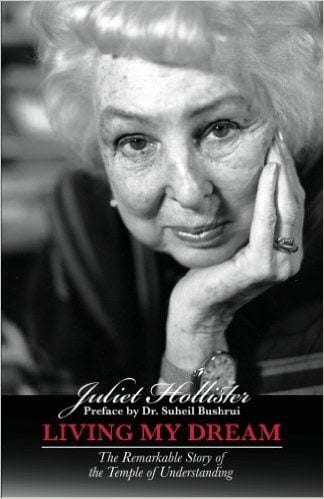 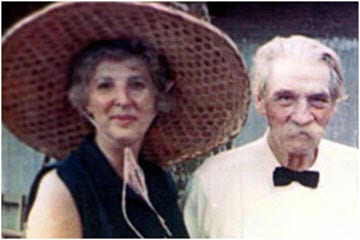 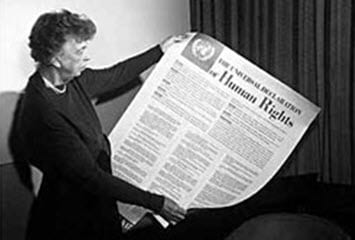