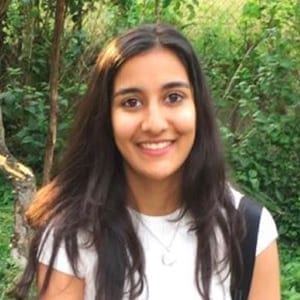 Hello! My name is Anushka Singh. I am 19 years old, and I am an American citizen of Indian descent. I was born in Connecticut and grew up there before moving to Mumbai, India in 2008. I have always been interested in areas such as politics, religion, and diplomacy, which is why interning at the United Nations is an enormous privilege. Having grown up in two disparate countries and cultures, I have begun to understand the urgent need to address issues such as gender equality, sexual abuse, terrorism and poverty through peaceful talks, conflict resolution and effective action.

I am interested in areas including women’s empowerment and women’s equality, global terrorism, and interfaith education and cooperation. I am most passionate about women’s rights because I feel this is an issue that society still has to make significant progress in today. However, gender equality, religion and terrorism are challenges that are intricately linked and that cannot be detached from one another. I strongly believe that the militant organizations that plague the world are a culmination of political instability, religious discrimination and disillusionment that can only be dissolved by spreading religious tolerance and advocating democratic structures in their regions. Social justice, specifically interfaith education, is crucial in combating terrorism by creating a world that is accepting of different religions and worldviews. I also hope that in my time at the United Nations I can help equalize women’s role in society by overpowering cultural and structural norms that subordinate women.[/vc_column_text][/vc_column][/vc_row][vc_row][vc_column][vc_separator color=”custom” accent_color=”#25312e”][vc_column_text css=”.vc_custom_1553615770673{margin-bottom: 0px !important;}”]