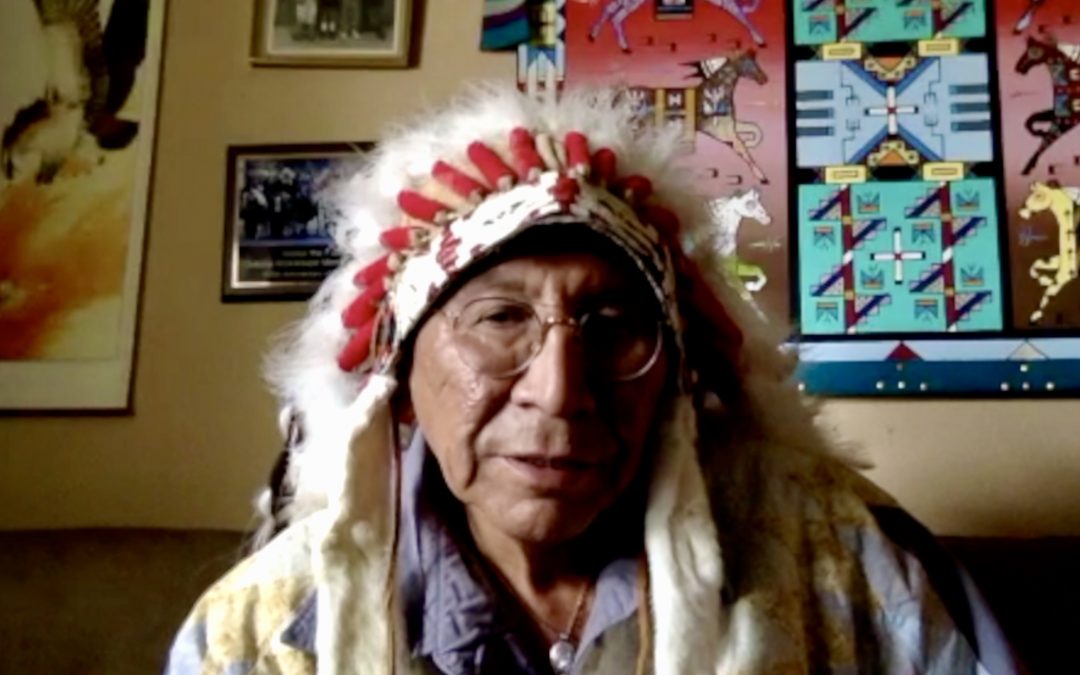 The Temple of Understanding, in collaboration with Marble Collegiate Church, presents

Chief Arvol Looking Horse was born on the Cheyenne River Reservation in South Dakota. At the age of 12, he was given the responsibility of becoming the 19th Generation Keeper of the Sacred White Buffalo Calf Pipe, the youngest ever. He is widely recognized as a chief and the spiritual leader of all three branches of the Sioux tribe. He is the author of White Buffalo Teachings and a guest columnist for Indian Country Today. A tireless advocate of maintaining traditional spiritual practices, Chief Looking Horse is the founder of Big Foot Riders which memorializes the massacre of Big Foot’s band at Wounded Knee.