Video Interview: David Loy on Ecodharma and Buddhist Teachings for the Ecological Crisis 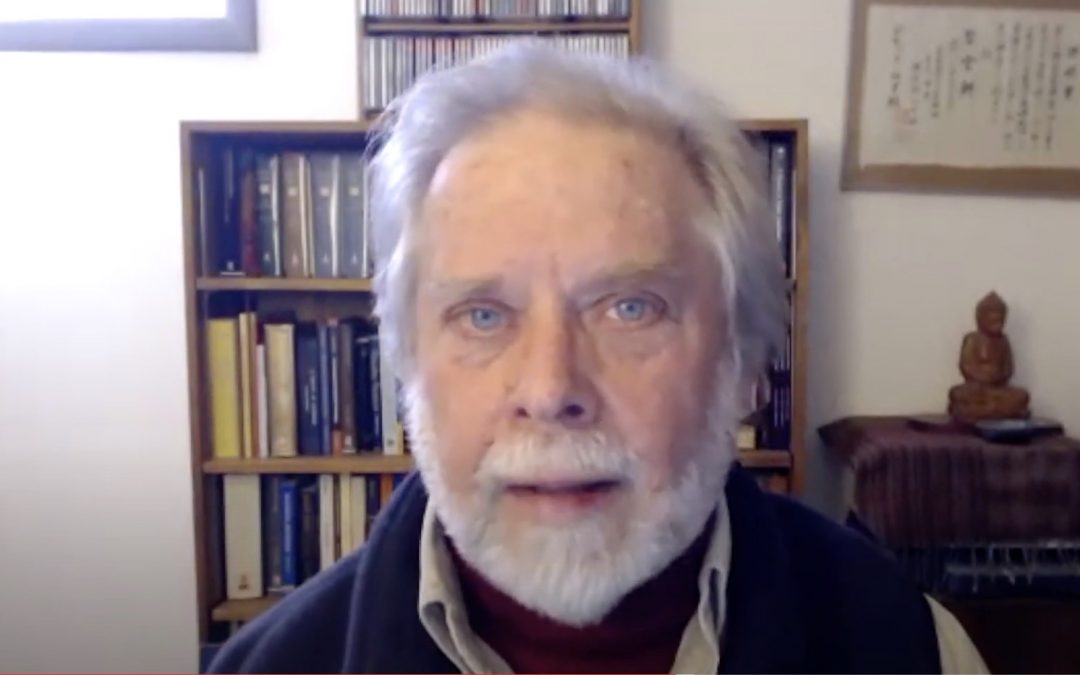 David R. Loy is a professor of Buddhist and comparative philosophy, a prolific writer, and a teacher in the Sanbo Zen tradition of Japanese Buddhism. His books include Money Sex War Karma, A New Buddhist Path, and most recently Ecodharma: Buddhist Teachings for the Ecological Crisis. He is especially concerned about social and ecological issues. In addition to offering workshops and meditation retreats, he is one of the founders of the new Rocky Mountain Ecodharma Retreat Center, near Boulder, Colorado. In June 2014, David received an honorary degree from Carleton College, his alma mater, during its 2014 Commencement. In April 2016 David returned his honorary degree, to protest the decision of the Board of Trustees not to divest from fossil fuel investments.