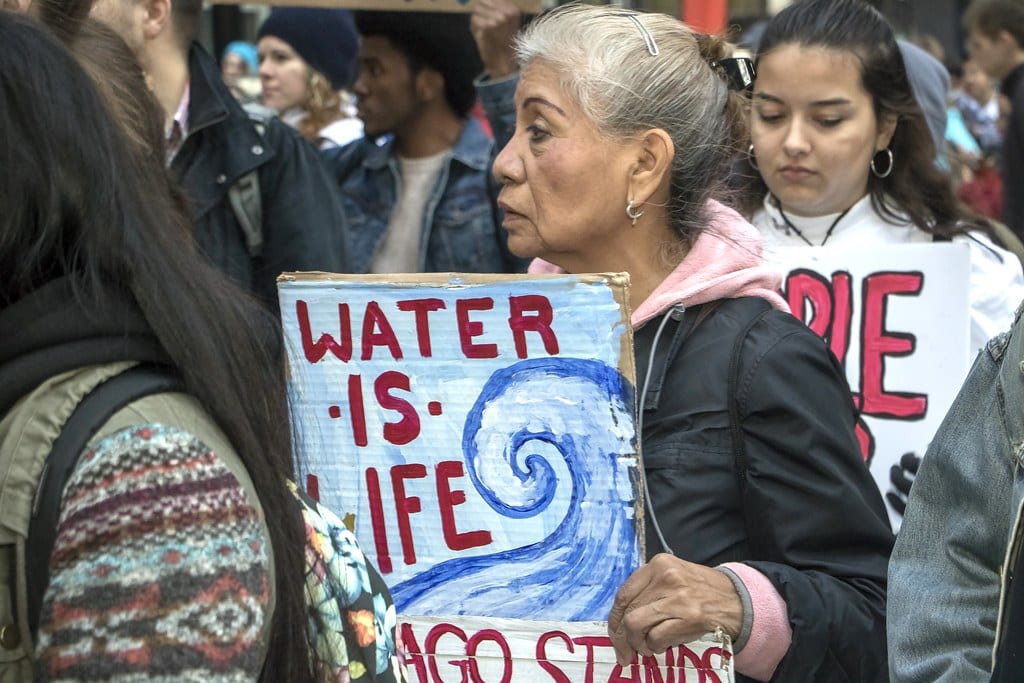 Over 100 water protectors were brutally arrested by Dakota Access Pipeline (DAPL) security forces — some locked in dog kennels and shot at with rubber bullets and pepper spray — just for standing up for their ancestral lands and our most precious resource, water.

Thousands have peacefully gathered in person and in solidarity to stop this 570,000 barrel-per-day pipeline that would endanger the water and ancestral lands of the Standing Rock Sioux. People around the world have donated, showed up in person, and millions used Facebook’s ‘check in’ function in solidarity just this week.

And while this inspiring work is going on, the banks that we use every day are backing the project with hundreds of millions of dollars in loans and investment each.

Demand that your bank stop financially supporting the Dakota Access Pipeline and associated projects such as Energy Transfer now. >>

Big News! Norway-based Bank DNB just announced it is reconsidering its financing of the Dakota Access Pipeline project. This is thanks your support and the brave water defenders who have been on the front lines standing up for the ancestral lands of the Standing Rock Sioux and our water.

Please add your name to the petition!