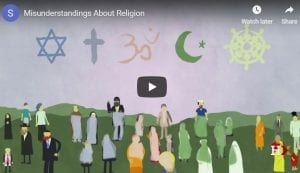 The increased circulation of the Quran due to the recent Paris attacks and rise of the Islamic State has not always helped people to better understand and respect the faith. If anything, fear and prejudice toward Islam has risen.

This is one example of the ‘widespread illiteracy about religion that spans the globe,’ said Diane Moore, director of Harvard Divinity School’s Religious Literacy Project to The Huffington Post.

© 2018 Temple of Understanding. All rights reserved. Web Design by Lookit®. Powered by QuikSite®.
Ask A Question

We're not around right now. Please send us an email and we'll get back to you,