In Philippines, Police fire guns at farmers in peaceful assembly 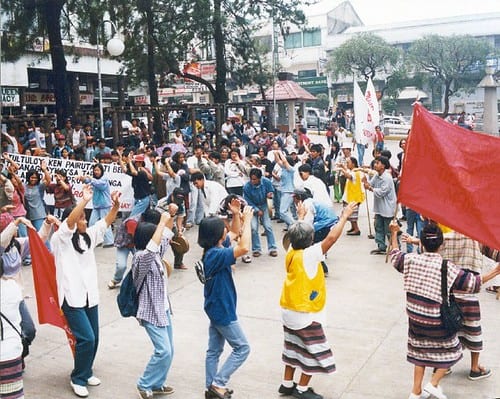 Five are confirmed dead, 2 females and 3 males, while 87 are still missing and not accounted for…

Police and Army soldiers cordoned the nearby Methodist Church where some 4,500 protesters have sought refuge after state security forces using automatic Armalite rifles opened fire at barricading farmers, estimated at 6,000 in a violent dispersal operation that wounded a hundred protesters….

The Children’s Rehabilitation Center (CRC) condemned the State troops for firing their guns on farmers who were only demanding food aid assistance from the government’s calamity fund after they had suffered losses brought by months-long drought caused by El Nino.