In the Aftermath of COP 27 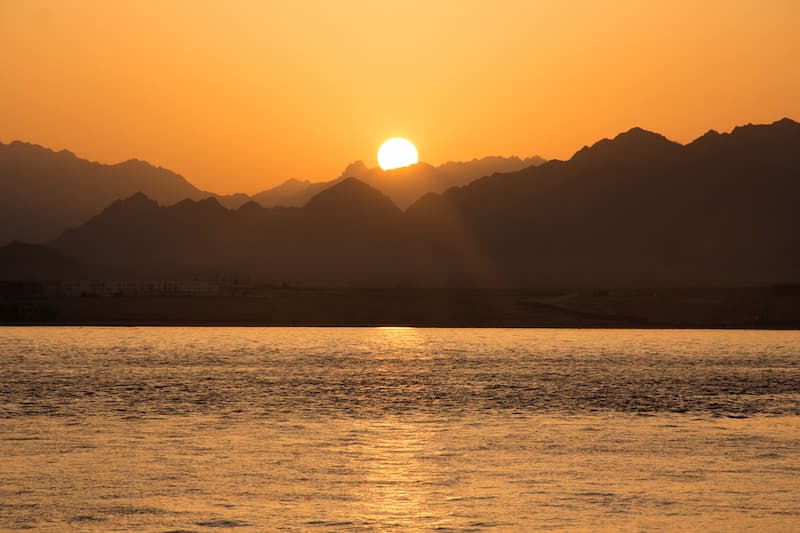 The recent UNFCCC COP 27, held in Egypt, is now behind us, and many are sifting through the experience to evaluate what was accomplished. It is likely that the estimated 600 fossil fuel lobbyists, some embedded in NGOs, some embedded in government delegations, and some attending as businesses, have made many deals to continue fossil fuel extraction. Many feel that since the conference concluded without a commitment towards ending fossil fuel extraction of all sorts, there is no chance that we will match the climate catastrophe with anything like effective action. The creation of a vehicle for loss and damage funding is huge and now needs to be funded. Perhaps the progress on international taxation could meet that need.

Perhaps the real traction towards a binding treaty on ending plastic pollution, including through all stages of production, use, and disposal (I hesitate to call it a life cycle; plastic is not alive) has more chance of motivating the world towards the urgent changes needed.

The COP 15 on Bio-diversity loss, now underway in Montreal, has the daunting task of laying the vision of global conservation and the means to implement, track, and enforce it in a global consensus. The urgency is there. The divisions are there.

People of faith are engaging in all these UN processes, looking to influence the outcomes, serving as ministers to those suffering under an unrelenting workload, and hoping to elevate the discussions.

There are many good summaries of what has gone on and good access points to what is currently going on. I’ll provide some links to these materials below. The year ahead will have a plethora of work streams on the SDGs that are not being met. It remains to be seen if the recent adoption of the human right to a clean and healthy environment will be an effective lever throughout the UN system.  It is not yet international law.  Maybe the international law against ecocide will be finalized in time to be effective, or maybe the understanding that it is coming puts people and corporations on notice that they will be held responsible for destroying the ecosystem.

The levers of pressure and persuasion in international affairs are complicated for sure.  Money speaks loudly, and image and reputation matter sometimes. Violence speaks very loudly, especially against reporters, front-line environmental and human rights defenders, civilians and essential infrastructure, and those simply wanting to enjoy freedom.

I have lived with the famous Margaret Mead quote on my wall for decades now:

Never doubt that a small group of thoughtful committed citizens can change the world:  indeed it’s the only thing that ever has.

We all need to be in such thoughtful groups. Many can be found at these international conferences that give space to civil society to showcase the efforts of thoughtful, committed people in locations around the globe, creating ways out of no way, finding ways to network and grow solutions.

A side event at COP 27 looked at mega polluting projects happening in Uganda, Columbia, Russia, India, and more, called “carbon bombs,” which are huge polluters happening or in development, promising to destroy the environment and pollute at a huge scale. The organizers’ suggestion for the audience was to look to our own countries and do the work at home in solidarity with those fighting these most egregious projects.

Now, a new global tracker is helping to make clear exactly where major greenhouse gas emissions are originating. Created by the nonprofit Climate Trace, the interactive map uses a combination of satellites, sensors, and machine learning to measure the top polluters worldwide.

It observes how much greenhouse gases — carbon dioxide, methane, and nitrous oxide — are being emitted at specific locations, such as power plants and oil refineries. Former Vice President Al Gore, who is a founding member of the initiative, said it is meant to serve as a more reliable and accurate alternative to companies self-reporting their emissions estimates.

Yes, objective data will be more revealing than self-reporting.

Oxfam has a new project that looks not just at corporations profiting off of fossil fuel emissions but at the investors who are enjoying that profit while the future of life on earth is threatened.

Carbon Billionaires: The investment emissions of the world’s richest people

The world’s richest people emit huge and unsustainable amounts of carbon, and unlike ordinary people, 50% to 70% of their emissions result from their investments. A new analysis of the investments of 125 of the world’s richest billionaires shows that, on average, they are emitting 3 million tonnes a year, more than a million times the average for someone in the bottom 90% of humanity.

The study also finds billionaire investments in polluting industries such as fossil fuels and cement are double the average for the S&P 500 group of companies. Billionaires hold extensive stakes in many of the world’s largest and most powerful corporations, which gives them the power to influence the way these companies act. Governments must hold them to account, legislating to compel corporates and investors to reduce carbon emissions, enforcing more stringent reporting requirements and imposing new taxation on wealth and investments in polluting industries.

International multilateral processes have an important role to play, and so do these new projects identifying the problems and who profits. And taking governments to task has to happen before the conferences, where negotiating parameters are largely already in place. For global shifts of a truly ambitious nature, the states must be petitioned prior to their multilateral engagement and after. For example, Greta Thunberg is now involved, along with 600 others, in suing the Swedish government for its lack of action on climate change

While those of us in highly consumptive countries must reduce our consumption personally, even more, we need to struggle to get our countries to drastically reduce our dependence on fossil fuels, and taxing those who have profited the most would be one way to fund the changes we need and to build the funds for loss and damage.

If country-level progress stalls, then there are state and/or city-level possibilities. Cities are organizing globally to fight climate change, including in the C40:

C40 is a network of mayors of nearly 100 world-leading cities collaborating to deliver the urgent action needed right now to confront the climate crisis. Together, we can create a future where everyone, everywhere can thrive.

Their website describes their work in direct language, along with methods of mentoring and a standard of leadership by action that are all very compelling.

UNEP is working to bring the faith voices into the UN processes and to enable the religious traditions to better carry out environmental projects.  At the current biodiversity COP, a project offering all the information needed to successfully carry out tree planting projects was shared- there are actions and supportive advice for every level of involvement.

We know that we are in danger of cascading tipping points in climate warming, with potentially devastating consequences, as the world already faces huge devastation in so many places.  Mobilizing on every level we can is the most prudent thing we can do.  Stepping out on faith, and stepping out through interfaith collaborations, will help us to continue to create the path as we walk it.

Act Alliance – faith-based work on all levels for climate justice

Mia Amor Mottley, Prime Minister of Barbados, lays out new global financial infrastructure in her talk at COP 27. She is getting traction- countries of the global south should get preferential interest rates, not punitive ones.  (13 minutes.)

We, as people of faith,