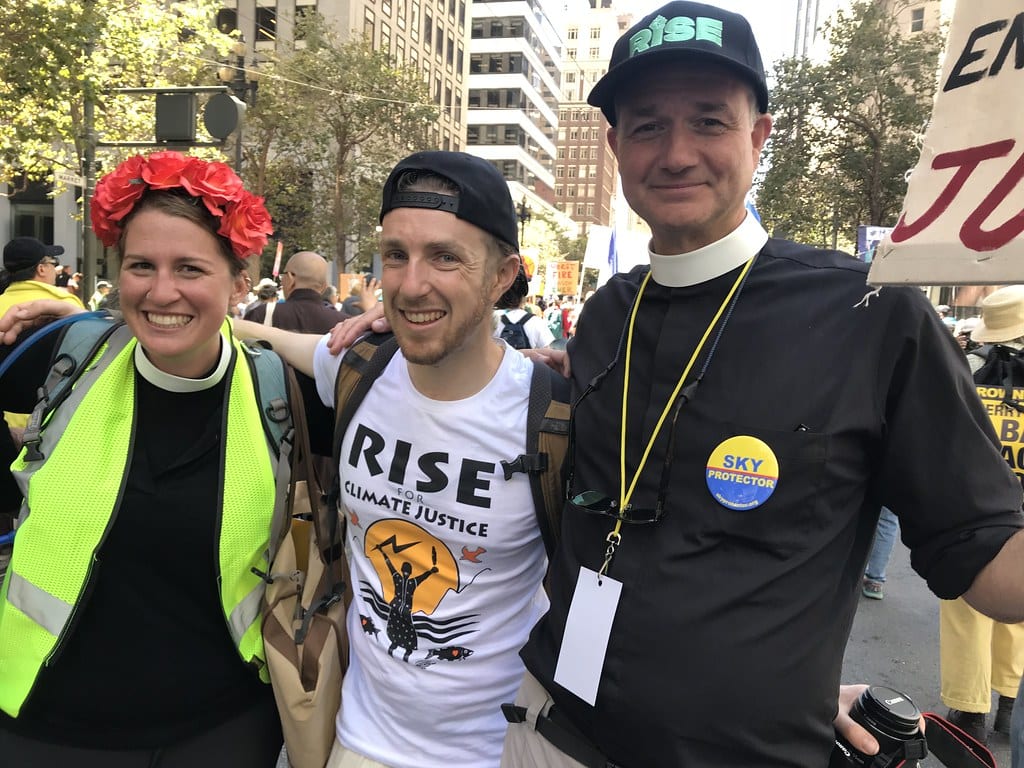 From Rosanne Skirble at Voice of America:

“Religious leaders came together in prayer Monday at the chapel of the Church Center for the United Nations to affirm the sanctity of the Earth. In a joint statement, they urged heads of state to ratify and implement the Paris climate change agreement negotiated in December.

The interfaith statement was signed by 250 faith leaders from around the world, including the Dalai Lama; South African social rights activist and retired Anglican Bishop Desmond Tutu; the former Ashkenazi Chief Rabbi of Haifa; and Argentine Bishop Marcelo Sanchez Sorondo, chancellor of the Vatican’s Pontifical Academies of Sciences and Social Sciences. Nearly 5,000 individuals and 90 groups worldwide also signed the statement.”

Read more at Voice of America >>