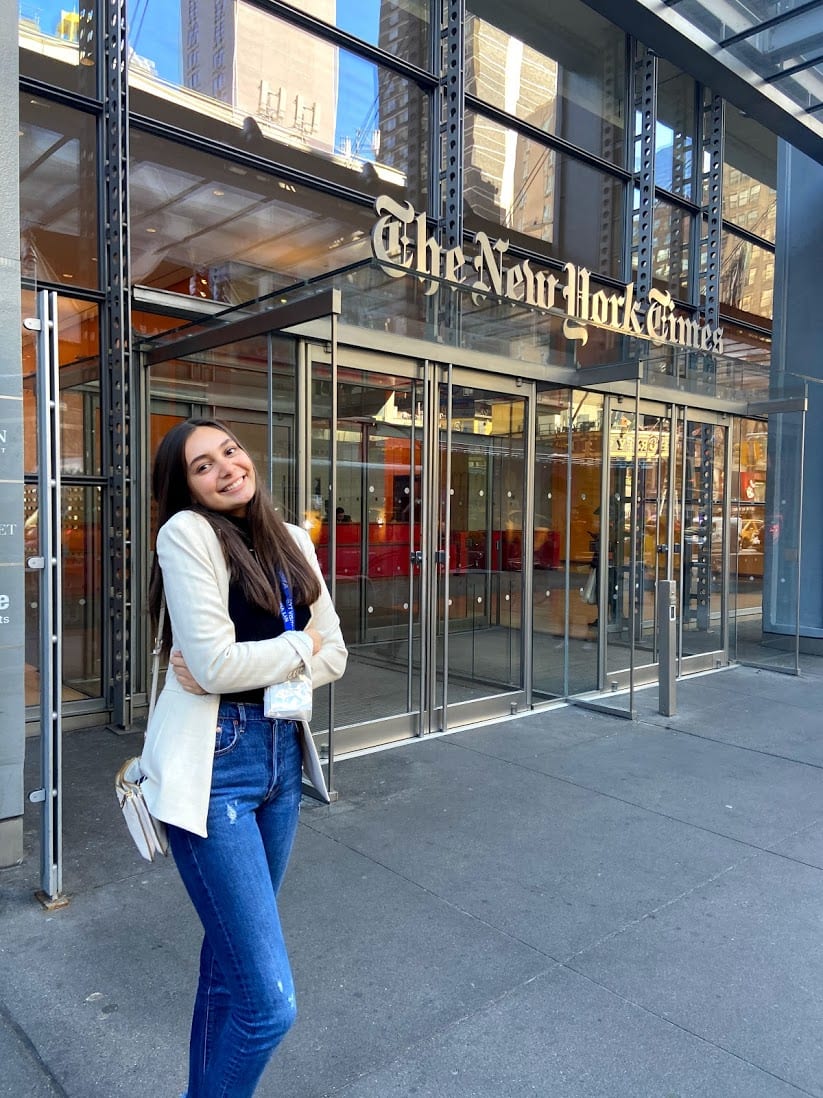 Hey there! My name is Mina Mohammadi. I am 19 years old and an incoming sophomore at New York University studying Journalism and Data Science along with a minor in Middle East Studies.

My family is originally from Iran, but I was born and grew up in New York. I have spent much of my extracurricular time interning at various publications including City Limits, Salon and Brian Ross Investigates for the Law and Crime Network. I also work as Deputy News Editor at Washington Square News, NYU’s student newspaper with my works being republished by Politico New York and the Uyghur Human Rights Council.

As a dual Iranian and American citizen and keeping up with the politics of both countries, I have developed a great interest in topics like conflict resolution, human rights and interfaith education. With my time at TOU, I hope to gain a more diverse perspective on international affairs and bring that understanding to the professional journalism sphere. After graduation, I hope to work in international journalism with an emphasis on data-driven reporting. Eventually, I would like to start my own free press in the Middle East.