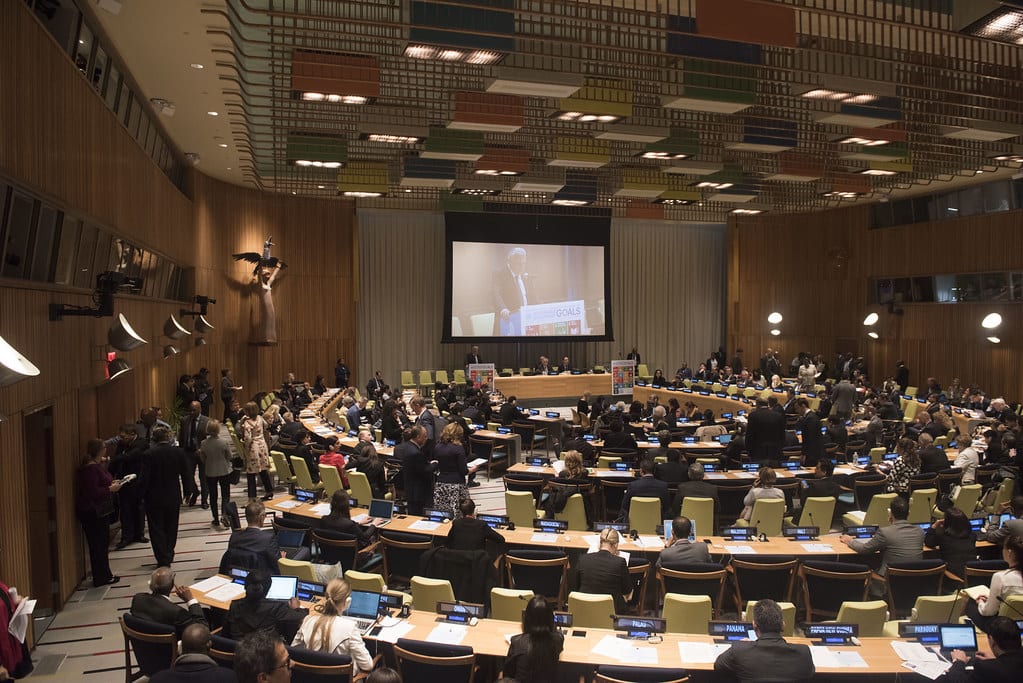 Via One Country, the Newsletter of the Bahá’í International Community:

BRISTOL, UK — The images of religious leaders in diverse garb, marching behind colorful banners with symbols of the world’s major faiths, conveyed a sense of the sacred nature of a meeting held in this historic English seaport in September 2015.

But at the head of the procession was an ensign with the logo of the United Nations — an institution generally concerned with more worldly affairs.

The juxtaposition, however, conveys well the theme of the meeting and its agenda, which was to develop a series of action plans by faith communities in support of Agenda 2030, the new global development plan adopted by the UN later in the month.

The faith community action plans, which include things like pledges to develop microcredit programs for the poor, increase access to education, plant trees, invest in clean energy, and establish green pilgrimages, were welcomed by officials from the United Nations, who were present at the meeting.