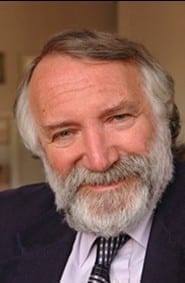 Rabbi Awraham Soetendorp, President and Founder of the Jacob Soetendorp Institute for Human Values (The Netherlands), will be honored for including interfaith oriented leadership in his institute’s work on sustainable development.

Rabbi Awraham Soetendorp is an award winning lecturer, writer, environmental activist and champion of civil society who is active in a wide variety of progressive, humanitarian, and interfaith initiatives. Born in 1943 in Amsterdam, the Netherlands, Rabbi Soetendorp was saved by a righteous couple and survived as a ‘hidden child.’ He received his ordination from Leo Baeck College of London in 1967 and was instrumental in the reestablishment of Jewish communities in the Netherlands. Rabbi Soetendorp was extremely active in the movement to free Soviet Jewry, serving as the Dutch chair of the Solidarity Committee for Jews in the Soviet Union.

He is the Rabbi Emeritus of the congregation Beth Jehuda in The Hague and former President of the European region of the World Union for Progressive Judaism. Rabbi Soetendorp is a founding member of Green Cross International, the Islam and the West dialogue group of the World Economic Forum, and the Day of Respect Foundation. He has established the Jacob Soetendorp Institute for Human Values that helps to build bridges between the cultures, spiritual traditions, and generations.