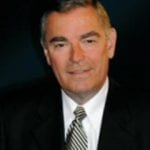 Mr. Rolland Smith has over forty-five years of professional broadcast experience as an anchorman, reporter, writer, producer and commentator for local and national programs airing on  CBS and documentary series Eye on New York and the Ten O’clock News on WWOR-TV in New York. He is the recipient of 11 Emmy Awards and has been honored by the National Academy of Television Arts and Sciences with 35 Emmy nominations.

He is a seasoned journalist, having conducted interviews with many world figures and political leaders, frontline coverage of the Vietnam War during the Tet Offensive, anchored the international broadcast feed of Live Aid, and reported on many other historical event around the world.

In addition to Smith’s on-air accomplishments, he is the former President of the Foundation for Global Broadcasting, a non-profit organization encouraging the use of television and radio to further cross-cultural understanding. Currently, he is writing poetry as well as writing and producing independent documentaries.[/vc_column_text][/vc_column][/vc_row]