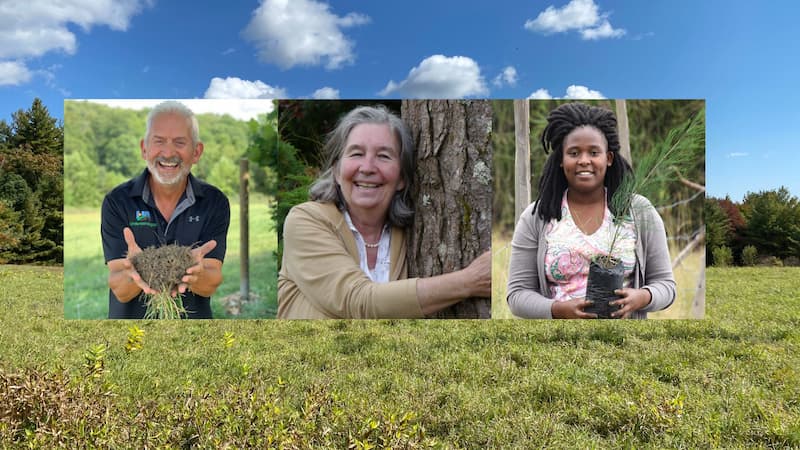 Ray Archuleta, American soil scientist, is joined by Irish botanist and author, Diana Beresford-Kroeger and Kenyan, Patricia Kombo, founder of the PaTree Initiative, to discuss the crucial importance of healthy soil and vibrant forests for life on our planet, balancing the climate, harnessing water and sustaining food supplies.

“Earth Democracy: Sustainability and Justice” Keynote dialogue between Bill McKibben and Dr. Vandana Shiva will expound upon the era of unrestricted capitalism and inspire us to embrace a moral and spiritual perspective for restoring our bio-system.

A short video will introduce Jerusalem artist Beverly Barkat’s “Earth Poetica,” a phenomenal sculpture constructed from plastic waste collected from around the world, which will be exhibited at New York City’s World Trade Center complex next year.

Panelists on “Caring for our Endangered Oceans and Waterways” analyze the many ways to address the trashing of our oceans, create an international water policy, and tackle ocean warming. Dave Ford, founder of the Ocean Plastics Leadership Network, USA, an activist to industry organization, is joined by David Helvarg, executive director of Blue Frontier, and Dr. Kelsey Leonard, a citizen of the Shinnecock Nation, who is a water scientist, legal scholar, policy expert, writer, and assistant professor, University of Waterloo, Canada.