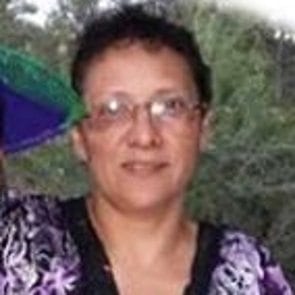 [On July 15] during the UN High Level Political Forum, we held up pictures of murdered and imprisoned women human rights activists on our laptops to capture the attention of the decision makers by bringing grassroots to the UN. Another Environmental Rights Activist, Lesbia Y Urquia, was murdered in Honduras four months after the shooting of Berta Caceres. Both women had spent years campaigning against a giant dam.
“We can remind the delegates we are discussing sustainability and we have obligations to colonized Peoples to DECOLONIZE! Decolonization is recognized by the UN as a means of implementing peace since 1945! Many indigenous women’s organizations are violently attacked by the UN Members in the name of protecting these dominant NGOs. Full decolonization will ensure that no one is left behind. Decolonization means we have representative government and our blessings, or ‘resources’ including our lives, will not be taken from us.” –Lori, an indigenous woman and my colleague at the UN

I am happy to note the issue was discussed in the Sisters of Earth convention in Santa Cruz, San Francisco. It says governments and industries are still taking land from indigenous people, largely destroying ecosystems for profit. For example, while Spain no longer controls South America, “the way of thinking and feeling about the land did not change,” said Medical Mission Sr. Birgit Weiler, Peru. The concepts that individuals can own land and that good use of land is to extract resources from it “are colonial mindsets very present still today.” Yes, Lori is right, it is high time to decolonize.

True peace is possible only when justice prevails over profits!