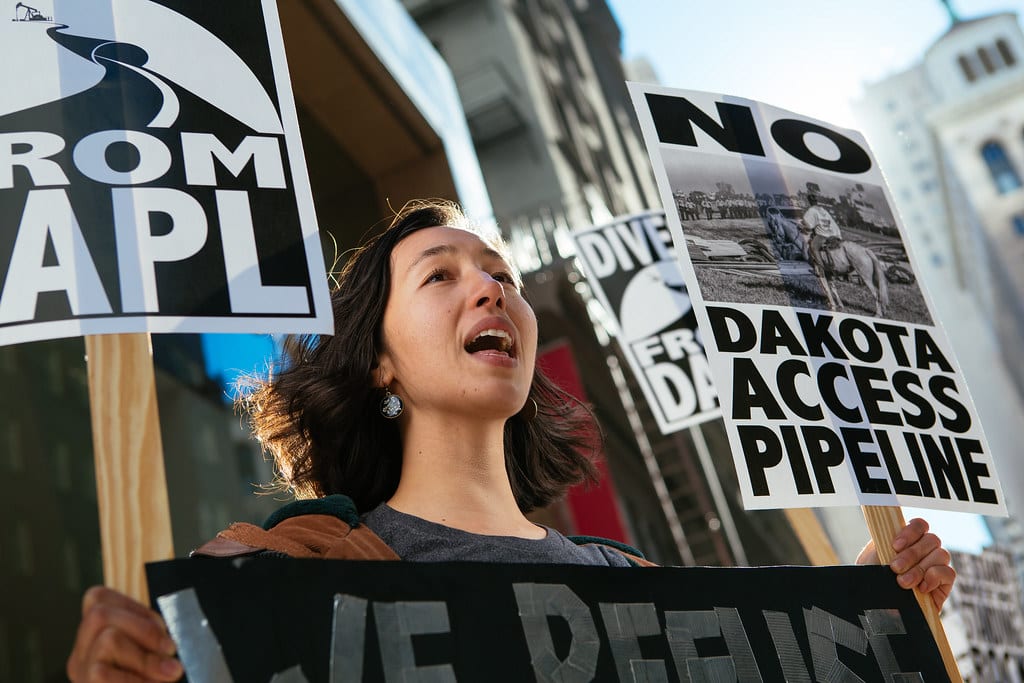 The water supply of the Standing Rock Sioux is threatened by construction of the Dakota Access pipeline, which was permitted by the U.S. Army Corps of Engineers in late July, despite the objections of three federal agencies including the federal Environmental Protection Agency, the Department of the Interior and the Advisory Council on Historic Preservation.

Indigenous Peoples and their allies from across the land have gathered at Sacred Stone Camp to block the development of the pipeline.

“This demolition is devastating,” Archambault said. “These grounds are the resting places of our ancestors. The ancient cairns and stone prayer rings there cannot be replaced. In one day, our sacred land has been turned into hollow ground.”

Construction crews removed topsoil across an area about 150 feet wide stretching for two miles, northwest of the confluence of the Cannon Ball and Missouri Rivers. “I surveyed this land and we confirmed multiple graves and specific prayer sites,” said Tim Mentz, the Standing Rock Sioux’s former tribal historic preservation officer. “Portions, and possibly complete sites, have been taken out entirely.”

We, the undersigned groups and individuals of the Reclaiming Tradition and other Pagan Traditions, stand in solidarity with the Standing Rock Sioux Nation, the Lakota people, and all Indigenous Peoples who are fighting to preserve and protect their homes and lands. We stand in solidarity with all who declare these things sacred: clean water and air, verdant forests, meadows, prairies and wetlands, and ways of life that honor people over profit.

To hold something sacred means that its well-being becomes the standard by which we judge our actions and decisions. In the words of the defenders who have made their stand at Standing Rock, water is life. No amount of money, no profits that benefit a few, can justify a threat to the very means and sustenance of life.

We bear witness and acknowledge the history of genocide of the indigenous peoples of this continent and the theft of land and resources that began half a millennium ago and continues to this day. We honor the sovereignty and rights of Indigenous Peoples, and demand that no projects that affect their lands, territories, or resources be undertaken without their free, prior, and informed consent.

FOR THE LATEST NEWS OR TO DONATE: standingrock.org