The Same Heart – Ending Poverty One Transaction at a Time 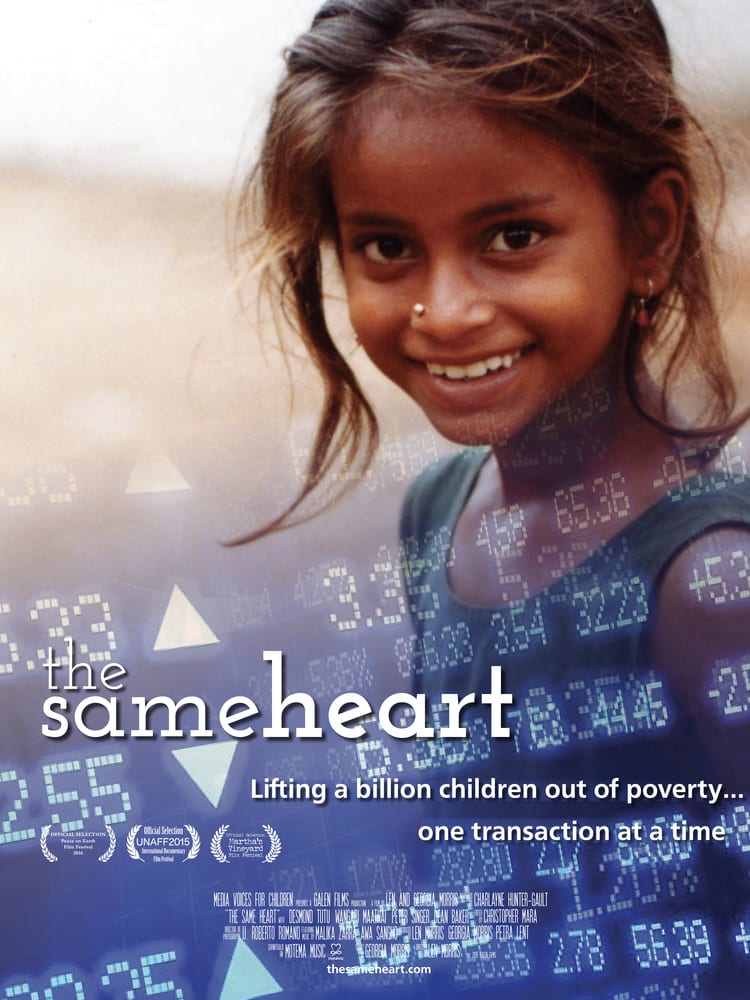 From Media Voices for Children:

The Same Heart film imagines a world where a tiny tax on financial transactions helps meet the unmet chronic needs of poor children at home and around the world. Today, one billion children, every other child, live without one of the essentials for a decent life: food, medicine, sanitation, shelter, education and even basic security.  Six Nobel Peace Laureates, and two Nobel economists support our call to action by appearing in the  film’s cast. You can learn more at mediavoicesforchildren.org, the non-profit organization sponsoring the film.

Three major screenings of the film are happening in September: The New York Premier on September 13th at The New York Society for Ethical Culture, September 21st at The International House in Philadelphia (part of United Nations International Peace Day), and a Capitol Hill Briefing on September 27th to provide members of Congress with the latest information about the financial tax bills now pending.

Each screening is followed by a Q&A that includes experts in economics, the environment, child welfare, human rights and child rights. in New York, musicians from our gorgeous soundtrack will start the night with music from Mali and around the world.