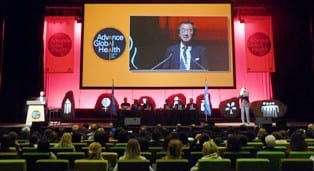 The Millennium Development Goals “can be, indeed must be, achieved by 2015,” according to a declaration approved during the closing hours of the 63rd annual United Nations DPI/NGO Conference in Melbourne, Australia, on September 1.

Some 1,600 representatives from 350 non-governmental organizations in over 70 countries met under the theme, Advance Global Health: Achieve the MDGs.

The three-day conference was sponsored by the UN Department of Public Information, the NGO/DPI Executive Committee, and the Australian Government. It was held in Melbourne’s Convention and Exhibition Centre.

The declaration called upon “all governments, agencies, corporations and individuals to deliver on their human rights obligations to over a billion people living in poverty, by committing the finances and political will necessary to achieve the MDGs.”

“Achieving the MDGs is a moral imperative,” agreed the participants after noting that:

“One billion people do not have access to adequate and appropriate food.”

“2.6 billion people around the world lack access to an improved sanitation facility.”

“Eight out of ten people who are without access to safe drinking water live in rural areas.”

“At least 340,000 women die each year of pregnancy-related causes.” 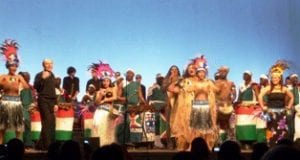 The document concluded that “it is unacceptable that so many children and adults in low income countries continue to suffer preventable illness, disability and premature deaths each year.”

“The world,” it continued, “knows how to prevent and treat most of the causes and has shown that well-focused efforts can significantly reduce levels of suffering.”

Containing nine wide-ranging recommendations, it will be delivered to the UN High-level Plenary Meeting on the Millennium Development Goals (MDG Summit) at United Nations Headquarters in New York 20-22 September.

Drafted initially by a committee of physicians and others from the United States, Australia and India and circulated prior to the conference, the final declaration incorporated comments and ideas received both before and during the sessions in Melbourne.