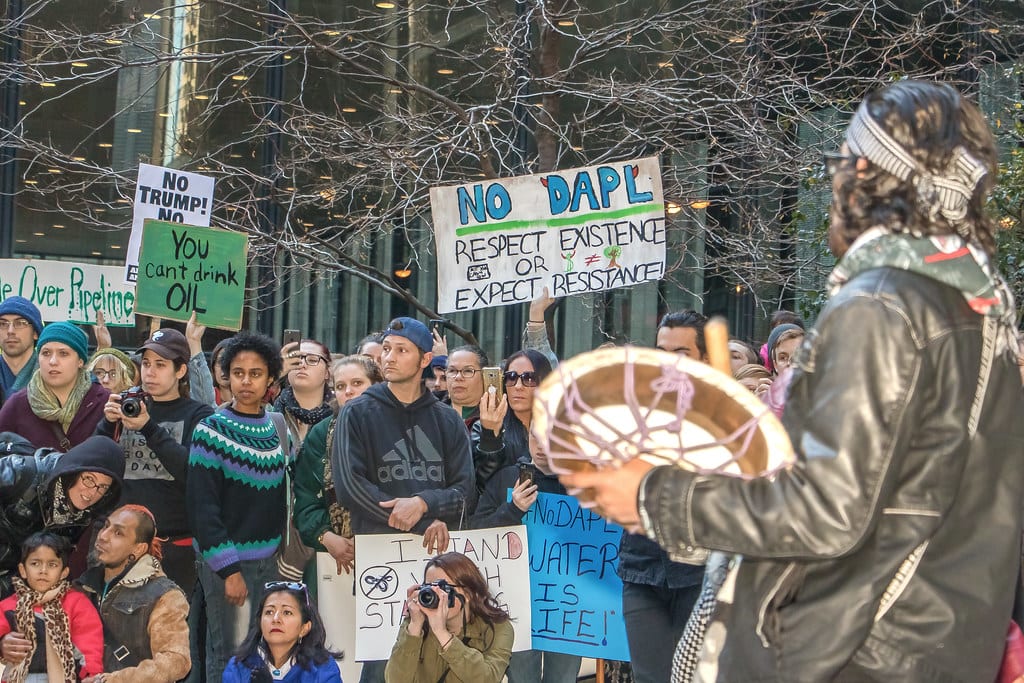 DemocracyNow reporters speak with 350.org’s Bill McKibben about how the Standing Rock Sioux Tribe and members of hundreds of other tribes from across the U.S., Canada and Latin America have resisted construction of the $3.8 billion Dakota Access pipeline, even as police carrying assault rifles responded to them with armored vehicles, tear gas and helicopters. “We cannot pump more oil,” McKibben says. “Frontline communities, and particularly indigenous people, have been in the forefront of this climate fight.” He also discusses Hillary Clinton’s failure to take a stance on the project and how some unions have supported the resistance.

When opposition to the Dakota Access pipeline galvanized the support of hundreds of U.S. tribes, it became an unprecedented show of Indian Country unity and resolve.

Members of tribal communities from around the world have joined in activism led by the Standing Rock Sioux Tribe. A Sami group from Norway was the latest to arrive on Friday. This resistance campaign, many say, has emerged as part of a greater global crisis—a united struggle in which indigenous lands, resources, and people are perpetually threatened by corporations and governments often using military force. Integral to this shared narrative is the routine ignoring of treaties.

In their continued struggle, the Lakota Sioux are advancing an Indigenous agenda that calls for governments to acknowledge the unique and inherent rights of First Peoples.