Why Torture (Still) Matters – And What We Can Do About It 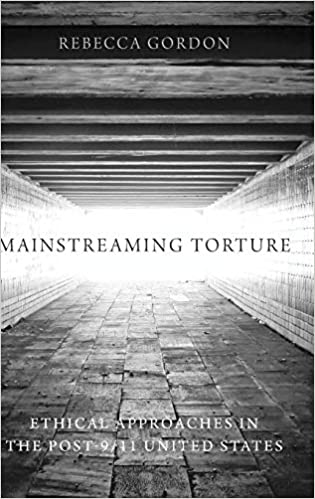 Why Torture (Still) Matters – And What We Can Do About It

Ethicist, writer and activist Rebecca Gordon discusses her new book, Mainstreaming Torture. Gordon argues that institutionalized state torture remains as wrong today as it was on the day before the terrible attacks of September 11. U.S. practices during the “war on terror” are rooted in a long history that begins before the nation was founded, and that continues both in the “war on terror” and in the use of torture in present-day American jails and prisons. Torture is still an urgent moral issue. Come hear what it is, how it works, and what we can do to stop it.

The TOU is proud to co-sponsor this event with the Loretto Community, September 11 Families for Peaceful Tomorrows, the National Religious Coalition Against Torture and more.