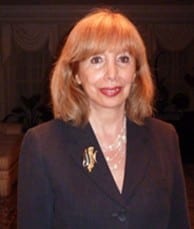 Her expertise in education and gender programming attracted the attention of donor organizations that sought her input to support their missions. In just a few years, she expanded the donor base of AED’s Center on Gender beyond traditional donors — such as USAID and the World Bank – to include DFID, UNICEF, UNFPA, GE Foundation, Johnson and Johnson Foundation, Kenora Foundation, Exxon Mobil, and others.

One of Ms. Rihani’s major research is entitled, “Learning for the 21st Century: Girls’ Education in the Middle East and North Africa.” Her most recent publication is, “Keeping the Promise: Five Benefits of Girls’ Secondary Education.”

Due to her global experience, Ms. Rihani was elected Co-Chair of the United Nations Girls’ Education Initiative from 2008 to 2010.